My husband LOVES soup.  So while he’s been hard at work today, I have been devising this soup (This sounds so sexist doesn’t it? While he’s hard at work the goodly wife is quietly at home preparing soup for her man?)  Well ask anyone,who knows me, I’m not quiet, and the goodly part, well I don’t know… nevertheless, he’s been on my mind on this Monday after Thanksgiving, because I really do appreciate all that he does.

This is a vegetarian soup, which is thick, slightly spicy and a great dinner on a chilly fall night.  The touch of barley makes it the perfect comfort food, and it’s simple to make.  The recipe calls for a bit of flour and sour cream, however, if you want to make it gluten-free and vegan, eliminate either or both of these ingredients.  The soup will still be as flavorful because Mexican Squash and Pasilla Peppers make a beautiful marriage, and it will be nice and thick thanks to the barley.

I’m used to cooking for large crowds, so this Recipe serves 12,  but if you are cooking for 2 or 6 cut the quantities down proportionately, and it will still work beautifully.

Prepare the Pasilla Peppers as indicated above and set aside.  Boil the cut up squash for 5 minutes just to soften it up.  Heat the canola oil in a wide saucepan over medium/high heat.   Add the sliced onion, stir it for about 2 minutes and allow  it to become translucent.  Add the  scallion stems, (preserve the white part of the scallions for the garnish), 1/2 of the parsley (the other half will be for garnish as well), and garlic, and stir for another 2 minutes.   Add the cut up squash and then the diced Pasilla Peppers.  Season with the salt, pepper and garlic powder, stir, and then add 1 cup of water into which you have dissolved the flour.  (If you want the make this recipe gluten-free, skip the flour…the barley will thicken the soup plenty).

Place the vegetables from the saucepan into the food processor for about one minute, create a smooth puree, and set aside.

In a medium-sized pot, bring 3 quarts of water to a boil and add the bouillon.  When it has dissolved, add the vegetable puree from the food processor,  stir it well and allow it to boil for 5 minutes.  Add the cup of barley and allow it to simmer covered for about 45 minutes, or until the barley has softened.

Place the soup in a serving bowl and garnish with a touch of sour cream, the sliced scallions and a bit of parsley. 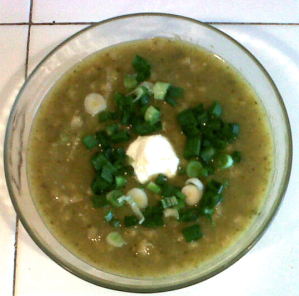 Yesterday was fantastic!  We all enjoyed being with family and friends and we indulged in our favorite Thanksgiving dishes.  But yesterday’s gone so it’s time to turn our thoughts, and our cooking, to today.  If you are wondering what to do with your turkey leftovers, go Mexican!   With this recipe for Turkey Tostadas, you are going to create  a delicious Tostada volcano, and the amazing mixture of flavors will only enhance that of the turkey .

Empty the black beans in a large strainer and rinse them thoroughly.  Place them in a bowl, cover them with water and allow them to soak for one hour.  After an hour rinse the beans again, and place them in a large pot, cover them with water,  add the onion and the garlic cloves, and bring them to a boil.  When the beans begin to boil rapidly add the 1 – 2 teaspoons of salt.  Let the beans boil for an hour and a half, adding water when necessary so that they are always covered (during the time that the beans are cooking proceed to step 2).  When the beans as very soft, they are ready.  Taste them and if you find that they need more salt add a bit more.

Place the canola oil in a small frying pan over  medium/high heat.  When the oil is very hot, place one tortilla at a time in the oil, fry it while flattening it out with a potato masher (or any other implement you find useful).  After about 1 or 2 minutes turn the tortilla over and fry it on the other side for about 1 more minute or until it becomes golden and stiff.  Remove the tortilla from the oil and place it on a paper towel, and pat off the excess oil with another paper towel.  Repeat the process for all twelve tortillas. Reserve the leftover oil for re-frying the beans.

To re-fry the beans place the reserved oil in a larger frying pan, heat it well, and with a strainer or slotted spoon take a spoonful of beans at a time and add to the hot oil. mash the beans with a potato masher and continually add more beans and then some of the bean broth.  Continue this process until you have mashed all of the beans, the broth has become absorbed and you now have the consistency of a spreadable dip.  Your beans are ready!

Time to build our Turkey Tostadas

Have all of the ingredients ready to make sort of an assembly line.  Take about a tablespoon of beans and spread it out on one of our golden tostadas.  Then sprinkle about 2 tablespoons of turkey and add a layer of shredded lettuce.  To this add a generous helping of pico de gallo and top it all off with 2 or 3 slices of avocado.  Line up the tostadas on a large platter, call the family in for dinner, and watch them enjoy!

This coming Thursday we will be blessed to celebrate Thanksgiving at my parents’ home. We will all make something and take it over. I’m in charge of the stuffing, and the salad, but this year I am making something else, something in honor of my father.
You see, my cute and incredible 93-year-old dad has a huge sweet tooth and as opposed to the rest of us, he loves yams. He also loves spicy food.

I thought the combination of the sweet yams, brown sugar and marshmallows would be wonderfully complemented by a little salt and some cayenne pepper. I have never been a big yam fan, but after making this recipe I have been converted.

Granted, the recipe is neither Mexican nor Jewish but it is spicy, Kosher, yummy and very Thanksgivingish, so this one’s for you my daddy!

Place the yams in a medium saucepan, cover with water and bring to a boil. Allow them to cook until softened, approximately 15 to 20 minutes. Drain the yams and place them in a large bowl. Add the margarine and mash with a potato masher. One at a time add each of the rest of the ingredients, except for the marshmallows. Mix thoroughly after each addition until you have a mashed potato type of consistency.

Enjoy and have a happy and sweet Thanksgiving everyone! 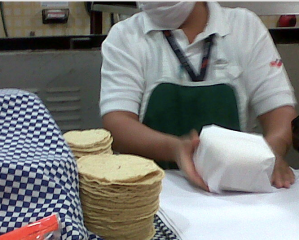 It’s 4:30 in the morning and I’ve just landed at the Mexico City Airport. I’ve come from Los Angeles for the occasion of Alejandro’s Bar Mitzvah. Alejandro is my cousin’s son.

I pick up my luggage and agree with the cab driver on the fare for taking me to my Mother-in-law’s apartment in Polanco, a beautiful old residential and commercial neighborhood in the city.

We head out into the chilly, still dark Mexico morning. I peer out the window at the dimly lit streets, and detect inside of me a certain primal nostalgia. Happiness and sadness wash over me, there is so much history here…my history.

At. 5:30 we pull up to my mother-in-law’s building, there’s a garbage truck parked across the street from us. Four young guys on the truck are sorting and separating the recyclables from the trash. I get out of the cab, the driver takes the luggage out and brings it to the door. The doorman sleeps through my ringing and knocking, I ask the driver not to leave until I get in.

Finally, I’m inside, my mother-in-law and I hug tightly for a long time, one of those hugs that speaks what words can’t. I change, get into bed and go to sleep for hours.

I wake up, I’m in Mexico! I go into the cozy and familiar kitchen where I’ve always been safe from the world; we plan our day. My brother-in-law Kive, and his wife Malka are with us, we go into the Polanco commercial district; they want to do a little shopping, all I want is to find a warm tortilla. 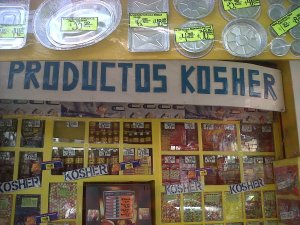 While they stop at the candy/nuts/dried fruits store, my mother-in-law, and I cross the street to the Tortilleria, a store where they churn out freshly made Tortillas all day long. We ask for a warm tortilla, we roll it up, take a bite and…yep this is it, I’m in Mexico and all is well with the world.